John Douglas of Queen City, Missouri, passed away on Saturday, February 27, 2021, in his home.

Kevin was born to parents, John and Kay Douglas, on April, 29, 1961. He grew up and attended school in Albia, Iowa. He graduated from Albia Community High School in 1979. He went on to join the United States Army for 13 years, where he became a military policeman. A proud patriot, he was pleased to serve his country, and told many stories of his time in the Army to his children. After leaving the Army, he worked as a machinist for several years, before beginning a new career at a nearby hog farm.

He was preceded in death by his parents John and Kay Douglas; his mother-in-law Angela Collins; and his sister Kamarie Visser.

In life, Kevin enjoyed many things, including spending time with his beloved family and friends. He was a family man above everything else, and did everything in his power to provide for his wife and children. He supported full heartedly their many interests and endeavors and encouraged them to always pursue their goals and dreams. He was a proud member of the American Legion though which he came to spend time with many good men, whose company he enjoyed. He also passionately pursued many creative hobbies, including upcycling unconventional objects into lamps and many miscellaneous carpentry projects.

Kevin’s tremendous spirit and personality has ensured that his legacy will be remembered by many of those, whose paths he has crossed in life. The impactful life lessons (and cheesy dad jokes) that he passed to his children will certainly be shared with future generations. He will be greatly missed.

A graveside service will be held with military honors at Pleasant Home Cemetery, near Worthington, Missouri at 1 p.m. on Saturday, March 13, 2021. All friends and family are welcome to attend and celebrate Kevin’s life and legacy. Arrangements in the care of Dooley Funeral Home, Queen City, Missouri; www.dooleyfh.com. 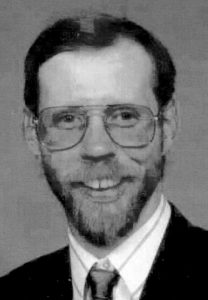