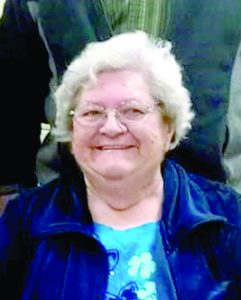 The daughter of Harold and Thelma (Forbes) Bergman she was born March 19, 1937, in Queen City, Missouri. She grew up in the Queen City area and attended the Green Valley Rural School and graduated from the Queen City High School with the class of 1954.

On September 12, 1959, she was united in marriage to Harold “Ott” Yearns, who preceded her in death in 1994. She was also preceded in death by her parents; a son, Dwayne Yearns; two brothers, Kenneth Bergman and James Bergman; a brother-in-law, Junior Schmitter; and two sisters in law, Nikki Yearns and Mary Ann Yearns.

Geneva loved spending time with her family. She especially loved the big Sunday dinners. In later years, she liked to cross stitch and embroidery.

Funeral service was at 11 a.m. Saturday, January 23, 2021, in the Dooley Funeral Home with Pastor Sonny Smyser, officiating. Burial was in the Queen City Cemetery.

Memorials are suggested to the family.