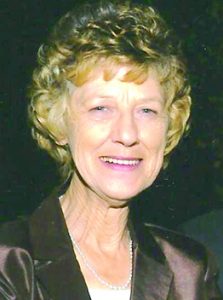 The daughter of Albert and Helen (Garreau) Parcel she was born May 27, 1948, in the Livonia, Missouri area. She grew up and attended elementary school in the Livonia area. She attended the Lancaster High School graduating with the class of 1966.

On October 14, 1972, in Livonia, Missouri, she was united in marriage to Jerl Dean Smith, and to this marriage two children, Michael and Melissa Jean were born.

Linda is survived by her son and wife, Michael and Jessica Smith, of Warrenton, Missouri; three grandchildren, Harper Smith, Logan Parrish, and Hunter Hartman; one great grandson, Jacoby Clark; and a sister, Alberta Geudis. She is also survived by a niece, a nephew, and several cousins.

She was preceded in death by her parents; her husband Dean; and her daughter Melissa Jean Hartman.

Linda worked at the Glove Factory, Florsheim Shoe Factory, and Hollister’s in Kirksville for a number of years.

Eighteen years ago, she moved to New London, Missouri, and went to work for General Mills in Hannibal, Missouri.

Linda was a very loving, caring, giving, and gracious mother and grandmother. Linda was a wonderful friend and had many friends.

Graveside services were held at 1 p.m. Saturday, October 3, 2020, in the Arnie Cemetery in Lancaster, Missouri, with Pastor Sonny Smyser, officiating.