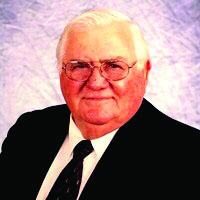 Joseph “David” Duncan, 80, of Springfield, Missouri, passed away peacefully in his sleep on August 31, 2020, at the Missouri Veterans Home in Mt. Vernon. He was born on December 9, 1939, in Worthington, Missouri, to Darl Duncan and Clara Lee Duncan.

David was married to Karen Sue Duncan (Barton) for 58 years, and to this union, two children were born, Shellie Jones (Alan) of Ozark, Missouri, and Greg Duncan (Shari) of Manchester, Maryland.

David served in the U.S. Navy as a metalsmith on the U.S.S. Tidewater and was a lifetime member of the Tidewater Association. He was also a member of American Legion Post 1214 in Springfield and of Schweitzer United Methodist Church.

He and Karen loved to travel, and were both members of the Missouri State Button Society, National Button Society, and the Springfield Button Club. David was well known for making copper buttons. He also loved fishing and fly tying.

David graduated from Greentop, Missouri High School and received a master’s degree from CMSU in Warrensburg, Missouri. He retired from Farmland Industries as a safety engineer.

David was preceded in death by his parents. He is survived by his wife and children; one brother, Phillip Duncan (Sharon) of Harrisonville, Missouri; one step-brother, Kermit Small (Karen) of Baring, Missouri; three grandchildren, Kodi Jones, Laura Daugherty (Jesse), and Kellie Clairmont (Matt); two great-grandchildren, Jane and Sadie Clairmont; as well as other nieces, nephews, relatives, and friends.

In lieu of flowers, please consider donating to the ALS Springfield Chapter at https://charity.gofundme.com/o/en/campaign/joseph-dave-duncan-memorial-fund