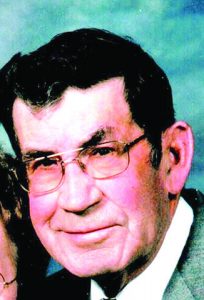 The son of Chester Glenn and Clustre Lizzy (Ferguson) March, he was born February 20, 1932, in Willmathsville, Missouri. On November 27, 1952 in Kirksville, Missouri, Bill was united in marriage to Almeda Talbert, who preceded him in death on July 25, 2014. He was also preceded in death by one brother, Joe March; one son-in-law, David Shoush; and two nephews, David and Phillip March.

Bill attended Willmathsville country school, graduated from Greentop High School and attended Kirksville State Teacher’s College. He was a longtime farmer and was a fifty plus year rural mail carrier, who carried mail by horse, tractor, jeep, and even walked his routes. Bill enjoyed hunting, fishing, motorcycles, and had his own plane that he loved flying.

Public visitation, with a Masonic Service, was from 6 p.m. until 8 p.m. Wednesday, November 4, 2020, at Travis-Noe Funeral Home in Kirksville.

Expressions of sympathy in memory of Bill may be made to Willmathsville Cemetery Perpetual Care or to the LaPlata Nursing Home and may be left at or mailed to Travis-Noe Funeral Home, P.O. Box 306, Kirksville, Missouri 63501.