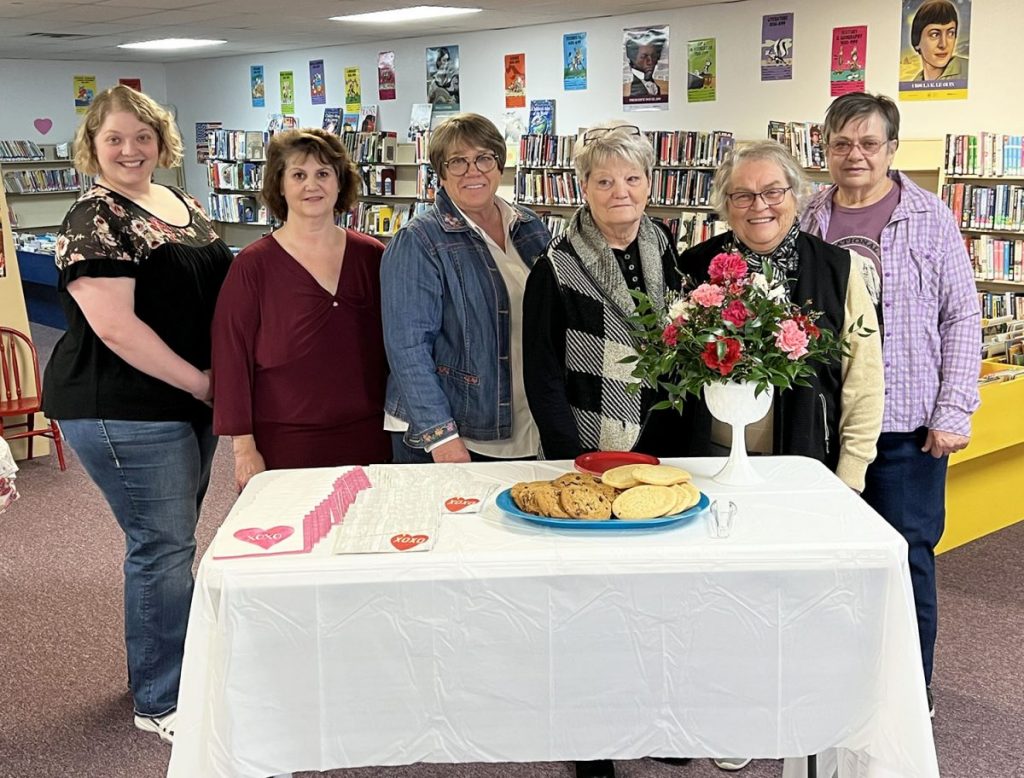 “She will be truly missed,” said staffer Jill Parsons.

Over her years of service, Kinney has seen many changes.

“Technology is the biggest change.  We changed to computers in 2014.  Before that, everything was done with check-out cards.”

“There are lot of small trips we want to take,” she said, including one to Texas to see a new grandchild.  She’s also looking forward to spending more time at golf course.