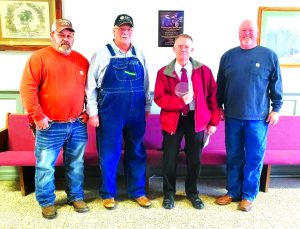 Doug Norman was presented with an award by the Commissions on Monday, February 1, 2021, commemorating his distinguished tenure as the Schuyler County Coroner. He has held the people’s trust since January 1, 1985, as they kept him in office for 36 years, until he retired December 31, 2021.