Another sunny weekend had Schuyler residents out and about in the county, this time in Lancaster, taking advantage of the volunteer fire fighters early morning breakfast, the annual city wide garage sale, and the open house at the Schuyler County Hall House Museum. Also, on Saturday, June 12, 2021, the youth of the Lancaster Christian Church had a very busy and successful car wash fundraiser, whose proceeds will be used towards their trip to the National Youth Roundup in Colorado. 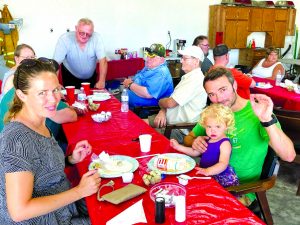 A traditional firehouse breakfast offered up by the Lancaster volunteer fire fighters included pancakes, which were a breakfast fave for this young and perhaps future fire fighter. 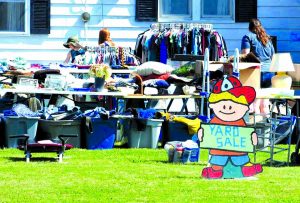 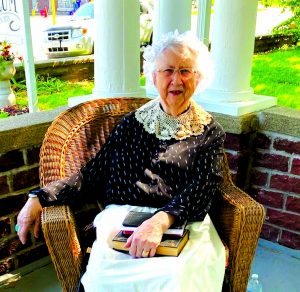 Frances Norman, a long time active Lancaster resident, was one of the many museum volunteers, giving facts and fun tidbits to the museum’s visitors about Schuyler’s early settlers during the 1900s.