Robert Mollick, age 76, of Kirksville, Missouri, passed away June 17, 2021, after a courageous battle with renal failure.

The son of Charles Gottlieb Mollick and Julia Marie (Swanson) Mollick, Robert was born June 10, 1945, in Kirksville. He attended Kirksville public schools, until moving to the family farm in Greentop, Missouri. He graduated from Greentop High School in 1963. Growing up, Robert worked for his parents at Mollick Grocery in Kirksville and Joe’s Bargain Barn in Greentop. After graduating, he worked for Eschmann’s Furniture and for Charles Llewellyn Floor Covering Service, learning his lifelong trade of floor installation. On February 11, 1966, he married Jolene Drennan in Greentop. From 1966-1971, Robert served in the Army Reserves. In 1979, along with his wife, brother Bruce, and sister-in-law Debbie, he opened Joe’s Carpet Barn and operated the business, until his health began to fail in 2015.

Robert enjoyed watching the Chicago Cubs, collecting coins, fishing, hunting, and joking around with family and friends. One of his proudest moments was finding a set of world-class deer sheds. He was a charter member of the former Free Will Baptist Church in Kirksville and a member of the American Legion Post 784 in Lancaster.

Funeral service were held at 10 a.m. Tuesday, June 22, 2021, at Davis-Playle-Hudson-Rimer Funeral Home. Burial will be in Greentop Cemetery.

Memorials can be made to the Central Missouri Kidney Association to assist dialysis patients or the Adair County Humane Society. 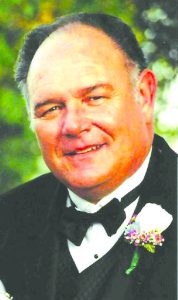