Phyllis Loraine (Martin) Comstock, 89, of Memphis, Missouri, formerly of Downing, Missouri, went home to be with her sweet Jesus and her sweetheart, Junior, on Sunday, January 17, 2021, after contracting COVID-19 at the Scotland County Care Center in Memphis, Missouri.

The daughter of Minor Franklin and Beulah Ruth (Eiffert) Martin, she was born on March 3, 1931, at her grandfather Ed Martin’s home, east of Sublette in Adair County, Missouri. Her sister, Bernidene LaRue (Martin) Billiet was born one year later. She attended rural Sperry School and later rural Brushy School, after the family moved to a farm south of Downing, Missouri in Schuyler County. Phyllis attended Downing High School, graduating with the class of 1949.

On July 11, 1948, in Lancaster, Missouri, she was united in marriage to Tillman Comstock, Jr. (Junior). They eventually purchased a farm northeast of Downing, Missouri, in Scotland County. After losing their first child, Gary Lee at birth, they raised three children on the farm, Cheryl Ann, Craig Alan, and Candace Lea. The family was a member of the Downing Christian Church. Phyllis was a skilled homemaker, gardening, and canning much of the family’s food and sewing many of their clothes. She loved tending her flower gardens. Phyllis was a member of the Chit Chat Club and the Red Hatters in Downing, Missouri. She and Junior loved to square dance, host pitch card parties, and family gatherings, deer hunt, camp, and boat at Lake Rathburn, Iowa, and Lake Norfork, Arkansas, travel to the mountains in Colorado, and spend time with the grandchildren.

Phyllis is preceded in death by her parents, Minor Martin on April 30, 1999, and Ruth Martin on April 5, 2005; her husband, Junior Comstock on March 19, 2008; one son, Gary Lee Comstock; two premature infants; one sister and brother-in-law, Bernidene and Gene Billiett; brother-in-law and his wife, Derwood and Dorene Comstock; grandson-in-law, Dan DeKraai; and granddaughter-in-law, Kathy Erickson. 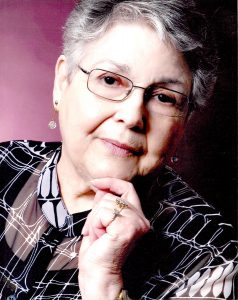