Marjorie Faye (Winn) McFarland, 75, of Kirksville, Missouri passed away at her home surrounded by her loving family on Wednesday, June 16, 2021, at 3:33 p.m.

The daughter of Silas Lee Oren and Jewell Alberta (Anders) Winn, she was born on July 28, 1945, in Downing, Missouri. She was united in marriage to Darrell York on March 17, 1962, and to this union five children were born: Theresa, Curtis, Ron, Melody, and Ronda. She was later united in marriage to Sammy McFarland.

Marjorie is preceded in death by her parents, Silas on January 24, 1972, and Jewell on April 20, 2002; her husband, Sammy McFarland; brothers and sisters, Nadine Chancellor and husband, Lee, Albert Lee Winn and wife, Druzella, Charles Winn, Virginia Gray, and husband, Lowell, and Lonnie Winn.

Marjorie attended the Rutledge Christian Church, as she was growing up, and later attended the Christ Family Church in Kirksville, Missouri.

She was employed at Truman State University for a number of years, from which she retired.

Marjorie loved and was devoted to spending time with her family, especially her grandchildren. She loved crocheting and her trips with Gene and Barb, as it was always a great adventure, especially panning for gold!

By evening, you could find Momma sitting on her porch watching Eric chopping wood, admiring her beautiful flowers, and watching and listening to the birds. But be assured, by 6:30 p.m., she would be in her chair enjoying her favorite “Wheel of Fortune.”

Momma was such a blessing to all our lives. She made all of us better people, and to know her you knew love.

Proverbs 31:26 – “She opens her mouth with wisdom, and the teaching of kindness is on her tongue.”

Funeral services were held on Monday, June 21, 2021, at 2 p.m. at the Norman Funeral Home in Lancaster, Missouri, with Sonny Smyser, Pastor of the Schuyler County Church of Faith in Lancaster, Missouri, officiating. Special CD musical selections will be “Amazing Grace,” “Go Rest High On That Mountain,” “I’ll Fly Away,” and “The Old Rugged Cross.” Active pallbearers were Christopher Nichols, Corey Nichols, Davin York, Tyson Ausmus, Kyler Maxey, Todd Hays, Richie Kelso, and Kevin Maxey. Honorary pallbearers were Morgan Nunan, Kelsey Maxey, Ashton English, Linsey Johnson, Shaylin Long, Baylie Hays, and Brennlyn Kelso. Visitation was held one hour prior to the services from 1 p.m. until 2 p.m. at the Norman Funeral Home in Lancaster, Missouri. Memorials have been established for the Downing City Cemetery or to the Schuyler County Cancer Relief Fund. Burial was in the Downing City Cemetery in Downing, Missouri. Online condolences may be expressed to the family by logging on to normanfh.com. Arrangements are under the direction of the Norman Funeral Home of Lancaster, Missouri. 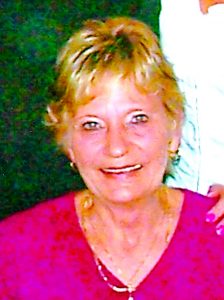