The daughter of Thomas and Madge Calhoun, she was born January 11, 1951, in Kirksville, Missouri. On June 14, 1969, in Queen City she was united in marriage to Les Combs, who preceded her in death. Also preceding her was a son, Shane, and her parents.

Jackie and Les lived in Kirksville all their married life.

Jackie grew up in Queen City and attended the Queen City Public School, graduating high school with the class of 1968. She attended college in St. Joseph, Missouri, for two years after graduation. She then went to work at Kirksville Osteopathic Hospital and worked there until 1985. In 1986, she went to work for Kraft Heinz and worked there until she retired. She then went back to Kraft Heinz as temporary help, until her passing.

She was a member of the Queen City Baptist Church. Jackie really enjoyed sports and was a big fan of the St. Louis Cardinals.

She was a beloved mom, sister, and grandma.

There will be private family services. 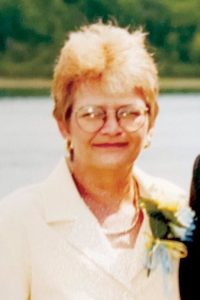