The son of Charles and Mary Jane (Scurlock) Collins, he was born August 10, 1950. On November 22, 1970, he was united in marriage to Angela Walgren. To this marriage 3 children were born.

In his early years, Larry enjoyed spending time outdoors hunting, fishing, trapping, and searching for arrowheads. In his later years, he enjoyed camping and fishing with his family and close friends, and sharing many stories of “the big one.”

Larry loved spending time with his children, grandchildren, great grandson, and many other family members and lifelong friends.

A memorial service will be held at 1 p.m., Saturday, April 17, 2021, at Pleasant Home Cemetery in Worthington, Missouri. 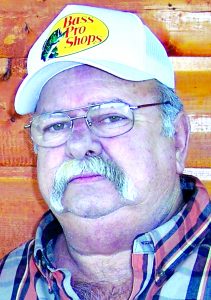