Jerry Lee Kramer, 82, of rural Lancaster, Missouri, passed away at his home on Saturday, February 27, 2021.

Jerry was a row crop and livestock farmer for numerous years. He also drove a Greyhound bus in Chicago, Illinois, and was a basketball referee, school board member, and a founding member of the Schuyler County Booster Club. He was a little league baseball coach and girls softball coach for several years, and loved organizing slow-pitch softball tournaments to raise money for the booster club. He was also proud of his involvement in the Masons and was a recent recipient of a 50-year masonic pin.

He continued to work with his used car dealership, which he began, as a horse trailer dealership in his early years of farming, until his passing.

Jerry was an avid St. Louis Cardinals and Missouri Tigers fan. He was blessed with an extensive family and he cherished family get-togethers. He had a heart of gold and helped many a friend and family member in need.

Graveside services will be held on Sunday, March 7, 2021, at 2 p.m. at the Queen City Cemetery in Queen City, Missouri, with Sonny Smyser, Pastor of the Schuyler County Church of Faith in Lancaster, Missouri, officiating. Pallbearers are Brian Perry, Scott Perry, Brad Kramer, Shelby Kramer, Mark Kramer, and Joey Kramer. Honorary pallbearers are Craig Perry, Manley Smyser, Quinten Smyser, Steve Willcox, and Randy Whitlow. Masonic services will be conducted by the Queen City Lodge #380 with Audrey Drummond, PM., presiding. A memorial has been established for the Schuyler County R-1 High School Booster Club. Online condolences may be expressed to the family at normanfh.com. Burial will be in the Queen City Cemetery in Queen City, Missouri. Arrangements are under the direction of the Norman Funeral Home in Lancaster, Missouri. 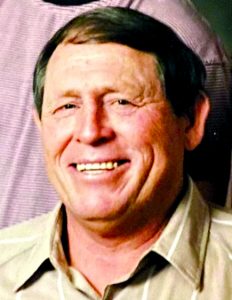