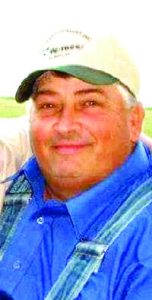 Rex Eugene Kelsey, 67, of Downing, Missouri, passed away at his father’s rural farm in Lancaster, Missouri, on Tuesday, September 22, 2020.

The son of Max Dwayne and Norma Beatrice (Keyte) Kelsey, Rex was born on September 22, 1953, in Oskaloosa, Iowa. He was a 1971 graduate of the Schuyler R-I School system in Lancaster, Missouri. On March 31, 1979, in Des Moines, Iowa, he was united in marriage to Karron Mullins, and to this union two children were born, Audrey and Benjamin.

Rex was a member of the Kingdom Hall of Jehovah Witnesses in Kirksville, Missouri, for a number of years.

Rex was employed with the Schuyler County Road and Bridge District for thirty-two years, starting as a Maintainer Operator, and then for the last twelve years as Supervisor. He retired from this position in 2015, so he could spend more time with his family, especially the grandchildren!

A memorial service will be held at a later date at the Kingdom Hall of Jehovah Witness in Kirksville, Missouri. Memorials have been established for the family. Online condolences may be expressed to the family, by logging on to normanfh.com. Arrangements are under the direction of the Norman Funeral Home of Lancaster, Missouri.