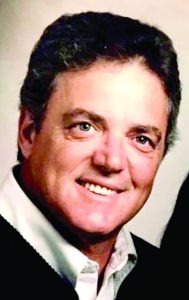 James Alan Bragg was born July 9, 1949, to Irvin and Beulah Bragg, and he entered his final rest on October 8, 2020, in Ottumwa, Iowa. He was a graduate of Davis County High School.

He is best known as Grandpa Bragg to the closest people in his life. James spent his life, living and loving hard. With everything that James did he was fully committed, invested, and full of purpose. He built soapbox derby cars with his daughters to race, raised a litter of puppies, rode his Harley, and shined up his Camaro amongst many other hobbies he lived and loved doing.

He was a man of deep faith, who valued his relationship with Christ and sharing it with others. He and his wife both love the collection of verses from Romans Road to Salvation. His favorite book in the Bible is also, ironically, James.

Grandpa Bragg never failed to tell his granddaughter how beautiful and loved she is. He despised macaroni and cheese, but he would make it and joke about it all day, if that is what his granddaughter wanted. He never failed to tell his grandson how strong and handsome he is. He always made his grandson flex to show his muscles, and Grandpa Bragg would say “Oh boy. I better not mess with you.” He was obsessed with his grandchildren, and they made him so proud and happy.

James is survived by his wife of 49 years, Janet Bragg of Ottumwa, Iowa; his two daughters, Jackie Bragg of Steamboat Springs, Colorado and Jennifer (Chris) Inman of Ankeny, Iowa; his two beloved grandchildren Michaela “Macky” and Mason “Buddy” Inman; his wiener dog, Harry, and the greatest gift he gave to his granddaughter- her puppy Kona. He is also survived by his siblings Gerald (Mary) Bragg, Sara (Dick) Downing, and Sandie (Russell) Gibson, and many nieces and nephews.

He was preceded in death by his parents and two brothers, Joe and Gary Bragg.

His body has been cremated and there will be no services at this time. He will be put to rest privately with his immediate family.

Reece Funeral Home in Ottumwa is in charge of arrangements