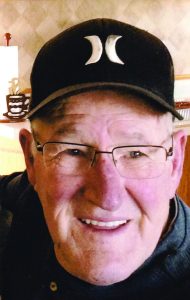 The son of Phares Berdean and Maxine Deloris (Dover) Hurley, he was born on March 8, 1945 in Livonia, Missouri. He was a graduate of the Lancaster High School in Lancaster, Missouri. On March 16, 1968, in Unionville, Missouri, he was united in marriage to Kathy Waggoner.

Gary is preceded in death by his parents and two brothers, Ailey and Marvin Hurley.

Gary was an over-the-road truck driver for many years, working for the Barr Nunn Trucking Company. He was also the President of the Missouri Miners of Hartford, Missouri, for several years.

Gary was an avid deer and duck hunter with duck hunting, as his favorite. He played in a country band for many years and attended bluegrass festivals all over the area, but above all he loved his family the most.