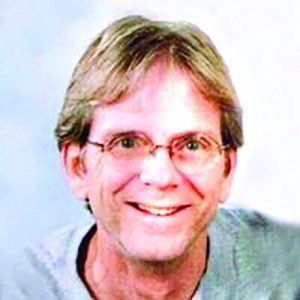 Lyman Lyndell Eppley, 67, of Lufkin, Texas, was born June 15, 1952, in Kirksville, Missouri, to Mary Elizabeth “Liz” (Gibson) Eppley and Lyman Lindy Eppley, and died Friday, May 8, 2020, in a Lufkin, Texas hospital.
Lyndell grew up in Lancaster, Missouri, and attended grade school and graduated from Schuyler R-1 High School with the Class of 1970…which he was so looking forward to attending their 50th class reunion in September.
He adored his Grandpa Sam Eppley and was at his side constantly, during his childhood and learned many carpentry and painting skills. One story that was told over and over was…Lyndell would throw a hammer through a big windowsill on the house that Grandpa Sam was remodeling for them.
One day Lyndell came home from school, picked up the hammer and threw it through the window…just like he did everyday…but…he wasn’t aware that while he was at school, a brand new glass window had been installed!!…of course, Grandpa didn’t say a word and went back to the lumber yard and got another new glass.
One day, Lindy came home from work to find Lyndell stuck in a post hole with his feet behind his back. Lyndell had a HUGE IMAGINATION!!
Lindy got a shovel and dug him out.
Lyndell came home from school one day, when he was in the sixth grade and his Mom told him he had a new job starting on Saturday at the Lancaster Excelsior! He didn’t even know he was looking for one! He worked emptying trash cans and cleaning and setting up type set…which is hilarious…because he was one of the world’s worst spellers! He worked there after school and on Saturdays, until he was old enough to work at the Lancaster MFA Grocery. He stocked shelves, carried out groceries, and learned the meat and dairy department. He started working for Dale Mathews Construction and learned all his wonderful carpentry skills that he carried on and used throughout his life.
In 1971, he received his draft notice with a number under 10…so he enlisted in the US Navy and proudly followed his Grandpa’s and father’s Navy service. Lyndell attended boot camp in San Diego and electronic schools in Mare Island, Treasure Island, and Vallejo, all in California, and finished Nuclear Power School in Idaho Falls, Idaho.
He returned home and married the love of his life, Marsha Gingerich, on June 30, 1974. He drove two days, barely arriving in time on that Sunday…just 4 hours prior to their wedding. Lyndell was stationed in Pascagoula, Mississippi, aboard the USS SHARK SSN-591…a fast attack submarine, that was in dry dock being overhauled. Once repaired in 1977, he was then stationed in Groton, Connecticut, until his honorable discharge in March 1978., as a 2nd Class Petty Officer. After his discharge, he went to work at Ingalls Shipbuilding as an Electronic Tech.
In 1979, Lyndell and Marsha moved to Lufkin, Texas, and started building their “dream” home. Their son, Sam, was born in 1980 and daughter, Lexie, in 1985, before the house was completed. Lyndell worked feverishly every day on the dome after getting off work at N.C.R., as a Field Technician (from 1980 to 1998). He developed heart problems and became disabled.
Lyndell was a “Jack of all trades” …a “Master of None”…his quote…not his families! He was an amazing artist and worked with Marsha’s photography business, a carpenter, electrician, plumber, worked on their antique AMC cars and attended Car Shows, loved taking care of his African violets, rode motorcycles, very good at technology, built anything Marsha asked him to and was a HUGE St.
Louis Cardinals and Kansas City Chiefs fan. He was SO happy, when the Chiefs won the Super Bowl! He was ALWAYS so proud of his children and grandchildren and their MANY accomplishments. From Sam playing baseball, earning his Black Belt in Tae-kwon-do, performing with the AC Singers, building his family’s home and garage, to Lexie dancing since age three, and eventually opening and co-owning her own dance studio, winning pageants, and becoming a World Famous Kilgore College Rangerette and chosen as Left Middle Lieutenant. They were his PRIDE AND JOY and the BEST LEGACY he could ever leave behind. He coveted his new title as “Papa.” He enjoyed sharing his time and talents with each of them…especially cars and drawing.
He had very conservative beliefs and was a “prepper”…always planning ahead in case of a world emergency.
Lyndell was a charter member of Christ Congregational Church in Lufkin, Texas., where he was so very proud of their new building and it’s design.
Survivors include his wife, soul mate and “Carpenter In Crime,” Marsha Eppley for almost 47 years of Lufkin, Texas; son, Sam Eppley and wife, Laura of Lufkin, Texas; daughter, Lexie Drennan and husband, Seth of Longview, Texas; grandchildren, Parker Winthrop and Mason Eppley of Lufkin Texas; Brooks Drennan and Hayes Drennan of Longview, Texas; sister, Connie Eppley of Lufkin, Texas; sisters-in-law, Lynda Havard of Ammon, Idaho and Lisa Darr and husband, Ken Morton of Lufkin, Texas, and numerous nieces and nephews, relatives and many AMC, NCR, and Navy friends.
He was preceded in death by his parents; parents-in-law, Floyd “Bub” Darr and Lura Darr Goosey; and brother-in-law, Tom Havard, D.O.
A Celebration of Life service will be held on Friday, June 26, 2020 at 11 a.m. at the Norman Funeral Home in Lancaster, Missouri. Visitation will be held one hour prior to the Celebration of Life services from 10 a.m. until 11 a.m. at the Norman Funeral Home in Lancaster, Missouri. In lieu of flowers, memorials contributions may be made to Christ Congregational Church, 105 Saddle Creek, Lufkin, Texas 75904 or Arni Memorial Cemetery, PO Box 176, Lancaster, Missouri 63548. Lyndell’s cremains will be laid to rest at Arni Memorial Cemetery in Lancaster, Missouri. Online condolences may be expressed to the family, by logging on to normanfh.com. Arrangements in Missouri are under the direction of the Norman Funeral Home of Lancaster, Missouri.