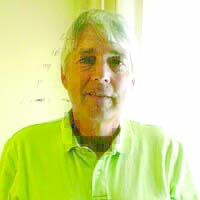 Terry L. Fincher, 68, of Memphis, Missouri, passed away Friday, June 5, 2020, at his residence surrounded by family.
Terry was born on July 20, 1951, in Kirksville, Missouri, the son of Charles Loweldene and Gloria Eilene Wineinger Fincher.
He attended Grade School in Downing and graduated from the Schuyler County High School in the Class of 1969.
On March 31, 1973, in Lancaster, Missouri, he married Lynn Ford and to this union three girls were born.
Terry worked construction with John Bunch Construction for thirty plus years before he started Fincher Construction, he worked more than ten years before his health failed.
He enjoyed hunting, bowling, golf, softball, coached and was president of the Mississippi Valley Little League for ten years, and coached with the Scotland County Little League Association. He was also recognized by the Scotland County Rotary Club for his community service in 2004.
He was a member of the First Christian Church of Memphis, Missouri, serving as Deacon, Elder, and Sunday School Teacher for more than forty years. On the second Sunday of the month, the Sunday school class would teach at Scotland County Care Center. Terry had a special fondness for the class and the residence.
Terry is survived by his wife, Lynn Fincher, of Memphis, Missouri; three daughters, Jill Fincher of Jefferson City, Missouri, Robin and Michael Bartlett of Excelsior Springs, Missouri, and Lindsey Fincher of Jefferson City, Missouri; a brother, Timothy and Debbie Fincher of Greentop, Missouri; grandchildren, Kailey and Payton Bartlett; his father-in-law, Gordon Ford of Glenwood, Missouri; brothers-in-law and sisters-in-law, Walter and Sande Ford, Pam Ford, James Ford all of Glenwood, Missouri, and Vickie and Joe Pierce of Greentop, Missouri, along with numerous nieces, nephews, cousins; and a host of friends.
He was preceded in death by his parents, Charles Fincher on February 26, 2015, and Gloria Fincher on December 16, 2017; and his mother-in-law, Berniece Ford.
A celebration of life will be at 11 a.m. Saturday, June 13, 2020, at the First Christian Church in Memphis, Missouri.
The family will greet friends from 10 a.m. till 11 a.m. on Saturday at the Church.
An expression of sympathy in memory of Terry Fincher may be left to the Scotland County Cancer Fund or the First Christian Church. A memorial may be left at or mailed to the Memphis Funeral Home 378 S. Market Street, Memphis, Missouri 63555.