Cuts and abrasions are common minor injuries in both children and adults, which typically heal without
difficulty. However, problems in healing can occur, if the wound is not cleaned soon after the injury and kept clean, or, if the victim has an underlying medical condition such as diabetes.
The skin performs many functions for the body. It contains us, helps regulate temperature, makes vitamin D, and protects us from possible infection. When the skin integrity is broken by a cut, puncture wound, or an abrasion it can no longer provide this protection at this site. First aid for these injuries should focus on keeping the wound clean, and preventing it from becoming contaminated with dirt or other sources of infection.
Many minor wounds can be cared for at home, however seek medical attention, if the wound is deep,
continues to bleed despite efforts to stop the bleeding, fever, chills, or redness develops at the site and
spreads, or there is delayed healing. Most minor wounds will begin to heal within a day or two, following the injury. If the wound doesn’t start healing, this may indicate there is a foreign body in the wound or there is an infection.
Seek Medical Attention If:
• The wound is deep
• The bleeding doesn’t stop with pressure
• There is dirt or a foreign object (such as a shard of glass) in the wound that cannot be removed safely
• The wound edges do not come together
• The wound is on the face, risk of scarring
• The wound was caused by a bite from an animal or human
• The wound is a puncture wound
• The victim’s tetanus immunization is not up to date
Indications of Possible Infection Include:
• Pain
• Spreading red area around the wound; or streaking redness
• Swelling at the site
• Pus from the wound
• Fever, chills
• Swollen glands near the wound
What to Do Initially:
If the wound is bleeding, ask the victim to apply direct pressure to it. Wash your hands with soap and water and put on disposable gloves. Then thoroughly wash the wound under running tap water. If running water is not available, use antiseptic wipes, wound cleanser, bottled water, and similar. Apply a topical antibiotic ointment, if the victim is not allergic to it. And cover the wound with a sterile bandage.
Tetanus is a severe infection caused by Clostridium tetani, a germ that lives primarily in the soil. It can enter the body through cuts, including puncture wounds and scrapes that are contaminated with dirt. Most children are routinely vaccinated for this, however adults should get a booster, if their last shot was more than ten years ago.
Puncture Wounds
A puncture wound occurs when a sharp object pierces the skin. Common examples of a puncture wound is when a person steps on something sharp, such as a nail pointing up from a board or a bite from an animal or human. Puncture wounds can look minor since usually there is little associated bleeding, however they can develop serious complications with damage to tissues from infection. Some puncture wounds, depending on location and manner of injury, may require an x-ray to see, if there is a foreign body still in the wound. If a foreign body is present, it should be removed to allow proper healing. Just as with other lacerations and abrasions initial treatment is to stop the bleeding. If there is a large object still embedded in the wound, such as an arrow, electric fence post, and similar, do not remove it; instead, apply padding around the object and seek medical help/call for the ambulance.
If it is a small object, such as the before mentioned nail in the foot, remove it. Stop the bleeding. Examine the nail. Does it appear intact? Some old, rusty nails may have the tip break off. This tip can be
inadvertently left in the wound when the nail is removed and can be a source of infection and delayed
healing. Wash the wound appropriately. Apply antibiotic ointment, if not allergic to it, and bandage. Get a tetanus vaccination booster, if needed. Watch for signs of infection.
Animal and Human Bites
Dog bites account for 80-90 percent of animal bites in the US. Cat bites account for 5-10 percent with other animals responsible for the remainder. Human bites most often are associated with a closed fist injury, during a fight.
Puncture wounds from animal or human bites should be evaluated carefully. All have a high risk of infection and many, depending on the degree of injury, can have other associated tissue damage. A serious dog attack, especially when the victim is a child, can be life-threatening. Call for help in this case. If the injury is not life-threatening, treat it the same as other lacerations and abrasions. If the wound is bleeding, apply direct pressure. When it is no longer bleeding profusely, wash the wound with running water, apply topical antibiotic ointment, and bandage. Follow up with medical assistance.
Rabies and Other Infections
According to the CDC, prior to 1960 the majority of rabies infections were from domesticated animals,
primarily dogs. However, in the US today, the majority of infections are from wildlife – bats, raccoons,
skunks, foxes, and coyotes. The majority of this decline is because of pet vaccinations and monitoring.
From 1960 to 2018, only 127 human rabies cases were reported in the United States.
Other infections are possible and can be quite serious, requiring antibiotic treatment or surgery. Close
monitoring is required to watch for increased redness, pain, fever, chills, swelling, and pus, which may not always be present at skin level. Bites located on the hand, the most common site, are at increased risk of complication for infection and damage to underlying bone and tissue. 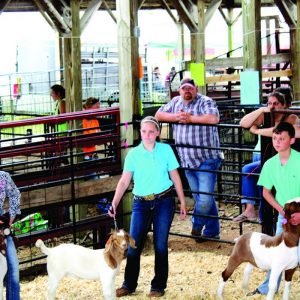